I make a pretty good potato salad loaded with mustard, mayo, and hard-boiled eggs. I've been making it like that since I was a teenager. The inspiration came from my mother's 1963 Good Housekeeping Cookbook - the culinary bible of my youth. It's a tasty classic. Nothing wrong with it but, every once in a while it's good to try something new.

A few years ago, I asked my friend Venus to bring some potato salad to a barbecue. She's arrived with a tangy delight that included ricotta salata and arugula, claiming inspiration from a pasta salad recipe by Seattle food icon, Tom Douglas. It was a hit.

After the party I begged for the recipe but Venus is a bit of a seat-of-the-pants-kind of cook so getting the precise recipe just wasn't going to happen. So, I set about recreating the recipe.  Along the line I made a few changes - subbing feta for the ricotta salata, upping some of the herbs, reducing the arugula, etc. I've got it just where I want it.

This potato salad is going to knock your socks off! It's zingy, salty, creamy goodness.  I can't wait for you to taste it!

Incidentally, I met Tom Douglas shortly before the release of my cookbook.  We chatted about the subject of my book and he asked me if I'd looked at another cookbook that sounded similar to mine (the name escapes me now). I said that I hadn't because I didn't want to be influenced. Tom replied, "Oh, it's all been done before. We're all inspired by something we've tried."  So with that in mind, I tip my hat to Tom (and Venus) as the inspiration for this recipe. 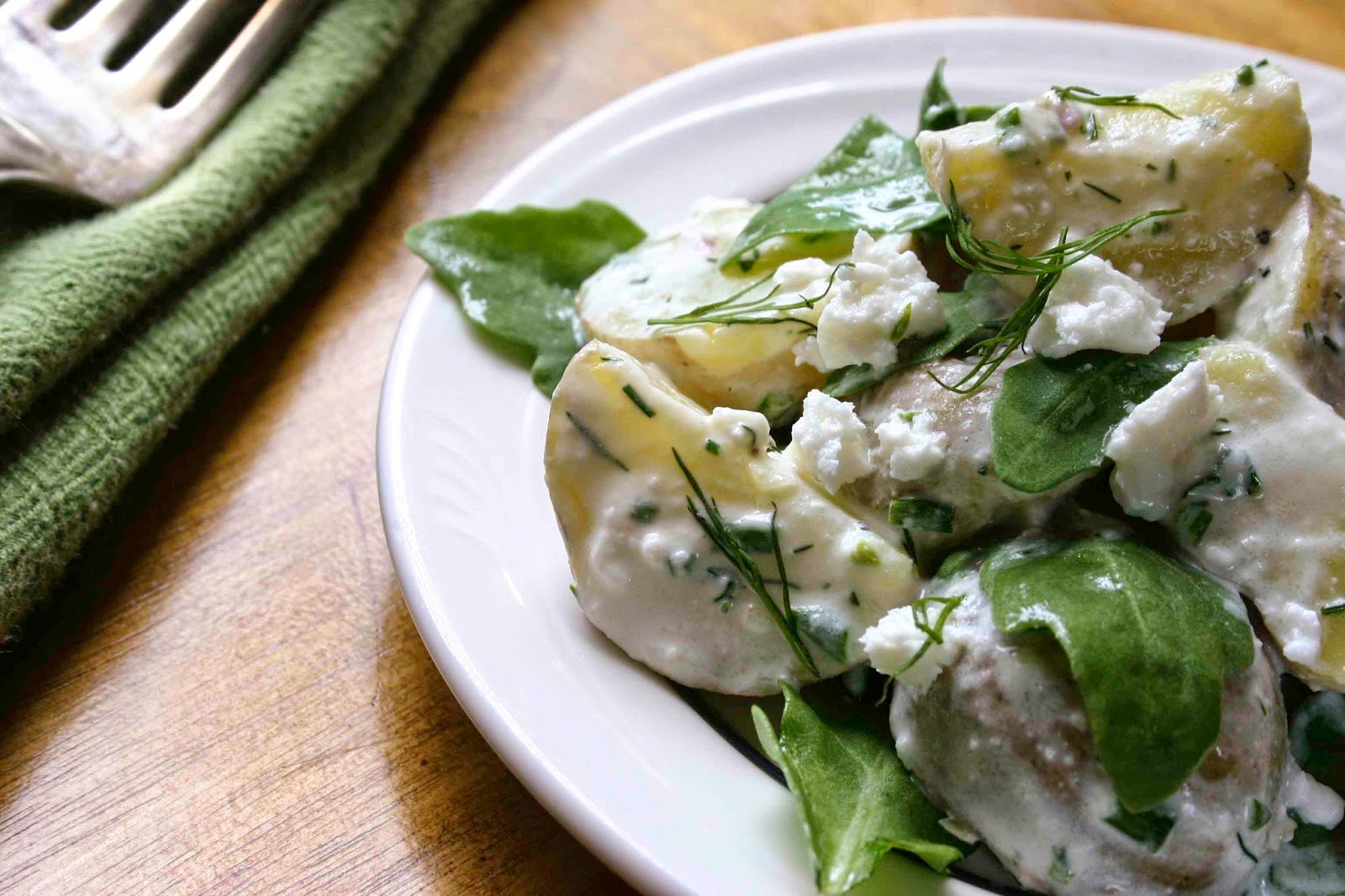 Buttermilk Potato Salad with Feta and Arugula
Serves 6 to 8

To make the buttermilk dressing, whisk together the buttermilk, mayonnaise and yogurt and in a bowl. Add the dill, chives, garlic, shallot, and lemon juice and whisk again. Season to taste with salt and pepper.

Bring a large pot of salted water to a boil, add red potatoes, and cook until tender. Drain the potatoes and immediately run under cold water until completely cool. Drain well.

Put the potatoes in a large bowl and, using a rubber spatula, fold in dressing. Add the cheese and arugula and stir to combine. Chill for 1 hour. Top with freshly ground black pepper and let the compliments roll in!